Dr. Efthymios (Makis) Avgerinos is Professor of Surgery and has been a faculty of the University of Pittsburgh since 2011. He has recently been appointed visiting Professor of Surgery in Athens, Greece. He is certified by the European Board of Vascular Surgery (FEBVS). He completed his residency in the Department of Vascular Surgery, University of Athens, Greece, as well as a clinical fellowship at King’s Hospital, London, UK and at Stadtische Kliniken, Frankfurt, Germany. Dr. Avgerinos has authored or co-authored more than 200 peer reviewed publications and chapters on vascular surgery and his work has been widely cited and recognized with international awards. He has extensive outcomes’ research and grants in the fields of peripheral arterial and venous thromboembolic diseases serving as principal or sub- investigator in several international trials. Particularly for venous disease he has been focusing on acute DVT interventions, chronic vein lesion management as well as acute pulmonary embolism. He has received awards and grants for his research on better understanding the techniques and outcomes of these interventions. 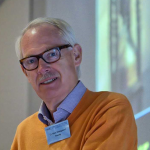 Mr Stephen Black qualified from the University of the Witwatersrand Medical School in 1998 and moved to the UK in 2001. He obtained an MD in simulation based training from Imperial College London and completed his higher surgical training with placements at St Thomas’, St George’s and St Mary’s Hospitals, London. In 2010 he was appointed as a consultant vascular surgeon and honorary senior lecturer at St George’s Hospital and Medical School. At St George’s Mr Black led the establishment of a programme for deep venous intervention which grew to be one of the largest in Europe. In 2012 he was awarded the Fellowship of the European Board of Vascular Surgery and in 2014 he moved to Guy’s and St Thomas’ NHS Foundation Trust. Mr Black is a programme director for the Charing Cross Venous Meeting and is on the organising committee of the European Venous Forum Hand on Workshops. He is also on the organising committee and is an examiner for the Fellowship of the European Board of Surgery. 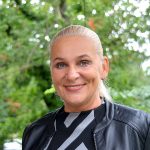 Marianne De Maeseneer MD PhD retired from clinical work in June 2017, but remains connected to the section of Phlebology, at the Department of Dermatology at Eras­mus MC in Rotterdam, Netherlands. As to clinical research she initially studied the problem of re­current varicose veins after surgical treatment and this resulted in her PhD thesis, which she defended in 2005. Her academic interests have further focused on treatment strategies for varicose veins, prevention of recurrence, the use of duplex ultrasound before and after interven­tion, management of post-thrombotic syndrome and anomalies of the in­ferior vena cava.

She has authored and co-authored over 200 articles in peer-reviewed journals and several chapters in different textbooks, in English, Dutch and Spanish. She coordinated publication of the UIP (International Union of Phlebology) consensus document on duplex ultrasound reporting after varicose vein treatment (2011). She acts as Associate Editor for the European Journal for Vascular and Endovascular Surgery, handling manuscripts about venous topics, and as reviewer for British Journal of Surgery, Phlebolo­gy, International Angiology a.o. She is actually chairing the update of the Clinical Practice Guidelines for the management of chronic venous disease.

She is past president of the European Venous Forum (EVF) and organized the 11th Annu­al Meeting of the EVF in Antwerp in June 2010. Actually she is Director of the yearly organised EVF hands-on workshop (EVF HOW). She has also been active as a board mem­ber of the Benelux Society of Phlebology for 15 years and was one of the vice-presidents of UIP until February 2018.

At present, she remains active in education and research, being committed in different international projects and (virtual) meetings in the field of phlebology. 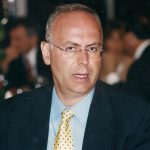 Giannoukas Athanasios, MSc, MD, PhD, FEBVS is Professor of Vascular Surgery, Faculty of Medicine, University of Thessaly, Greece. He is Founder & Chairman of the Department of Vascular Surgery, University Hospital of Larissa, Greece. He is also Dean of the Faculty of Medicine, School of Health Sciences, University of Thessaly in Larissa, Greece (2018-2020, 2020-2022). He has over 265 publications (citations: 4389 & H-index: 35) in scientific journals and has written and edited 6 books and 37 book chapters. He has received 27 prizes, awards and scholarships. 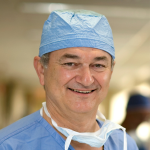 Peter Gloviczki, MD, FACS, is Editor-in-Chief of the Journal of Vascular Surgery (JVS) Publications, including the JVS-Venous and Lymphatic Disorders. He is the Roberts Emeritus Professor of Surgery, served as  Division Chair and Director of  Gonda Vascular Center at  Mayo Clinic, Rochester, Minnesota. Dr Gloviczki  He is Past President of the American Venous Forum (AVF), the Society for Vascular Surgery and the  International Union of Angiology, among others. He is Distinguished Fellow and Founders Award recipient of the AVF, received Honorary Membership in 19 societies including the European Venous Forum. Authored 452 peer-reviewed publications, over 200 book-chapters and editorials, edited eight textbooks, including 4 Editions of the Handbook of Venous and Lymphatic Disorders, Guidelines of the American Venous Forum. The University of Washington, Seattle, established the Peter Gloviczki Professorship in Venous and Lymphatic Disorders. His Alma Mater, the Semmelweis University in Budapest, Hungary awarded him the “Doctor Honoris Causa” degree. He was also awarded the Officer’s Cross of the Order of Merit of the Republic of Hungary. 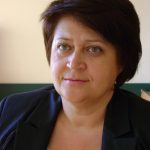 Dominik Heim was born in Zürich (CH) in 1949. As a surgeon, his interest is especially in ulcer care. He is board member of the Swiss society for phlebology as its “minister for foreign affairs”, has organised the EVF- Congress 2019 at the university of Zürich and thus is now EVF-president 2019/2021 (extended because of Corona-circumstances). Dominik Heim is associate professor (Privatdozent) at the university of Basel, has published around 100 papers and book articles on various topics. He is honorary member of the Swiss Society for Surgery, Swiss Society for general surgery and traumatology, European Society for trauma and emergency surgery and the Serbian Society for traumatology. Since his retirement he engages in insurance medicine, works as surgeon at the Vein Centre in Thoune and acts as a GP in the community medical centre in the winter- and summer resort of Arosa. He lives with his family in the mountains of the Bernese Oberland.

Dr  Mark  Malouf is a surgeon in phlebology practice in Sydney, Australia.   He is a medical graduate of the University Sydney in 1976, and was awarded the Australian  surgical fellowship  FRACS  in 1983 and the English surgical fellowship in London FRCS (Eng) 1984.      He is a past vascular fellow of St Mary’s Hospital, Paddington, in London  1984-5.   Dr Malouf  was on the organising committee of the 1998 International Union of Phlebology world congress that was held in Sydney and also the UIP world congress in Melbourne in 2018.

Dr Malouf is the president of the Australian and New Zealand Society of Phlebology. He is a past vice-president of the International Union of Phlebology. He has close links with the European Venous Forum, the French Society of Phlebology, the Venous Association of India and the American Vein and Lymphatic Society.  His expertise is in varicose veins assessment, venous duplex ultrasound, varicose veins surgery, sclerotherapy,  thermal ablation, chronic venous insufficiency management including wound care and leg ulcer management, and lymphedema . He has public hospital appointments at Westmead and Blacktown Hospitals in Sydney and at numerous private hospitals.

Dr Gabor Menyhei is professor of Vascular Surgery at the University Medical School of Pécs, Hungary. He is the Past President of the Hungarian Society of Angiology and Vascular Surgery. He has been a member of the European Venous Forum since its foundation. He served as Councillor for Hungary in the ESVS Council between 2006 and 2010. Professor Menyhei was honoured te be a member of the writing committe of  two recent ESVS Guidelines. He has been representing Hungary in the Vascunet Group of the ESVS conducting international studies and projects analysing the results of large vascular registries. Apart from the previous activities his main research interest is the endovenous treatment of venous diseases.

Andrew Nicolaides is now Honorary Professor of Surgery at St George’s University of London / University of Nicosia Medical School, Nicosia, Cyprus and Emeritus Professor of Vascular Surgery at Imperial College, London, UK. He is a graduate of Guy’s Hospital Medical School, London. He was the Professor of Vascular Surgery at Imperial College School of Medicine (1983–2000) and Medical Director of the Cyprus Institute of Neurology and Genetics (2001-2004). He is Editor of International Angiology and chairman of the Board of the European Venous Forum. He is Past-President of the International Union of Angiology and Past-President of the Section of Measurement in Medicine of the Royal Society of Medicine, UK His research group is known internationally in several areas which include noninvasive vascular screening and diagnostic investigation, early detection and prevention of cardiovascular and venous disease.  He is co-author of over 700 original papers and editor of 14 books.

Dr Michel Perrin got his medical degree at the university of Lyon, France in 1957. After completing his internship, he continued with residency in General Surgery at the University of Lyon where he got his degree in Surgery in 1966.  His subspecialty training focused on vascular surgery and he was qualified in vascular surgery in 1985. He was appointed associated professor in Grenoble in 1996.

He worked in public hospital (Hospices Civils de Lyon) from 1962 to 1969, and then in private practice from 1969 to 1999. Dr Perrin confined in practice on venous disease from 1980 to 1999 and particularly on deep venous reconstructive surgery for reflux in chronic venous insufficiency. He was in charge to write and update for thirty years the “French Encyclopedie medico chirurgicale“ fascicules on venous disease. His work has resulted in 350 original articles, 81 book chapters and 15 books and more than 1000 presentations. He was president of the French societies of Vascular Surgery and Phlebology, founding president of the European venous Forum in 2000 and member of various phlebological journals.

After I qualified as a vascular surgeon I concentrated only on the treatment of varicose veins.
I trained in France to carry out sclerotherapy and in Switzerland for minimal invasive surgery (I trained in the Muller technique with Mr Muller himself). For the last 18 years ultrasound guided foam sclerotherapy has been one of our main ways of treating venous problems, avoiding the need for surgery in many cases.

Any cookies that may not be particularly necessary for the website to function and is used specifically to collect user personal data via analytics, ads, other embedded contents are termed as non-necessary cookies. It is mandatory to procure user consent prior to running these cookies on your website.